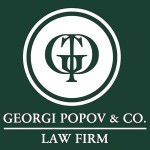 To support employers during the state of emergency declared on 13 March 2002, the Bulgarian Parliament enacted  the Emergency Measures and Actions Act later in March, providing for option to finance 60% of the employees’ insurance income for January 2020 for up to three months through the National Social Security Institute. A subsequent revision of the law expands the support to cover a part of the social security contributions due as well. The terms and procedure for the support (payment of compensations) were laid down in Council of Ministers Decree No.55 of March 30, 2020. It was decided that three groups of employers are entitled to compensations:

In addition, employers are to meet several requirements, including conditions with regard to their economic activity. The last two groups of employers should also demonstrate a decrease in sales revenue during the reference months.

The decree of the Council of Ministers led to many questions regarding its interpretation; hence, an amendment was effected with the Decree No. 71/16.04.2020, promulgated on April 21, 2020, providing that compensations will cover, not only 60% of the amount of the employees’ insurance income for January 2020, but also 60% of the social security contributions, which are to be paid by employer. However, compensations will not be paid for employees who are on unpaid leave. Employers who have established part-time work in the enterprise or in its unit during the state of emergency, should pay the employees a remuneration calculated for full-time work; employers should not terminate the employment of employees for whom they have been compensated for an additional period equal to the period for which compensations were paid, either. The range of economic activities in which the employers are entitled to compensations without demonstrating a decline in sales revenue is also expanded. The provisions of the decree apply also to employers who have already filed their applications for compensations before 21 April 2020.

Georgi Popov & Co. Law Firm has already assisted some of its clients in drafting and submitting the necessary documents to participate in the 60/40 compensations scheme. If you are interested in applying that measures to your business, we can provide the necessary legal support.